Can you think of an actor who has created a memorable body of work with powerful messages? For us, several names rise to the top of this list: James Stewart, Anthony Hopkins, Kevin Kline and Robert Redford are just a few.

After watching a series featuring an award-winning actor with stellar talent, one name says it all: Sidney. Although we admire the signature gifts of many actors, Sidney Poitier is a leader in the film industry whose work continues to convey important points. With dignity, class and sometimes controlled rage, his movies address controversial issues with direct and unflinching honesty.

At the Oscars, members of the film industry have eloquently observed that they stand on the shoulders of giants like Sidney Poitier. Here are some of our favorite films starring the extraordinarily talented actor, the ways that he used movies to communicate powerful messages and the reasons why they left a memorable mark–and continue to reverberate: 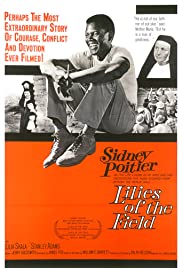 Lilies of the Field (1963): As the first African American to win the Oscar for Best Actor, Sidney Poitier set his own terms in this role as Homer Smith in Lilies of the Field. Even though a group of nuns needed his help building a chapel and he needed the work, he made it abundantly clear to the mother superior that he was his own man. In this role, he also let the owner of a construction company know that speaking to him in derogatory terms was unacceptable and that he was the “boss” at a work site–where he eventually accepted the help of immigrant workers in one of the films most memorable scenes. 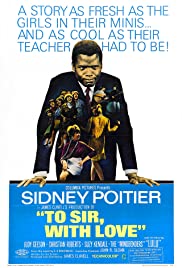 To Sir With Love (1967): In this emotionally and musically stirring film with a Grammy nomination for Best Original Score Written for a Motion Picture or Television Show, Sidney Poitier plays teacher Mark Thackeray. After struggling to earn the respect of rebellious white high school students from the slums of London’s East End, he teaches the group–and many of his fellow teaches–right from wrong. One of the many scenes leaving a lasting imprint in To Sir With Love involves convincing the students to take flowers to a grieving classmate in what they perceive as the “wrong” section of town. 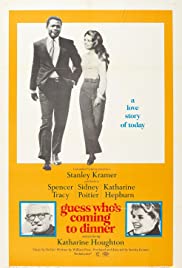 Guess Who’s Coming to Dinner (1967): In his role as John Prentice, Sidney Poitier needs to navigate the rough waters stirred up after his engagement to Joey Drayton (Katharine Houghton). In Guess Who’s Coming to Dinner, he directly addresses the strong objections of both sets of parents, which  Katharine Hepburn, Spencer Tracy, Roy Glenn and Beah Richards play with sometimes harsh accuracy. While heatedly countering the parents’ respective “concerns,” Poitier also has a highly emotional confrontation with his father about the desire simply to be recognized as a worthy man rather than labeled as a black man.

Your Thoughts About Other Films Conveying Important Messages

Why do you think that Sidney Poitier‘s work in the film industry remains relevant today? What other movies have communicated powerful points, which continue to hold importance decades later? Why is film an effective medium for addressing controversial issues and reaching a wide audience effectively? 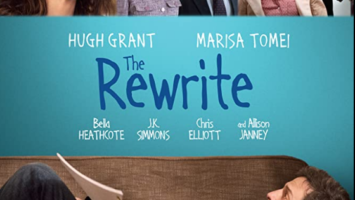 The Rewrite: Comedy Provides Inside Look at Screenwriter’s Life and Film Industry