My Afternoons with Margueritte, a 2010 French film based on the book of the same name by Marie-Sabine Roger, is an understated and lyrical ode to friendship between an unlikely pair.

Fans of Gérard Depardieu will find his oafish role as Germain deeply moving. Gisèle Casadesus is completely endearing as the 85-year-old Margueritte who shares her love of reading with him during lunch meetings in the park.

In a lumbering and convincingly awkward way, Gérard Depardieu captures the spirit of Germain’s boyish man, dubbed as the village “idiot.” Since childhood, his mother has demeaned, dismissed and diminished Germain, leaving deep gashes on his confidence and self-worth.

Fortunately, he meets the kind-hearted Margueritte, which Gisèle Casadesus illuminates with brilliance. Despite her small and “sparrow”-like stature, she is the unforgettable star of this film. Her natural and compassionate manor with Germain allow her to gain his trust gradually during their impromptu and increasingly frequent visits.

As the two bond during discussions about pigeons and books, Germain starts to share Margueritte’s love of reading–a previous stumbling block. With additional help and support from his tender-hearted girlfriend Annette (Sophie Guillemin), Germain learns and understands words, stories and ideas, which he never thought possible.

Under Gérard Depardieu‘s skillful character development, viewers watch the transformative power of genuine friendship. Margueritte finally helps Germain experience a mother’s patient, unconditional and boundless love. At the same time, Annette’s gentle presence and encouragement lead to his joy in becoming a father–a role he also thought impossible as someone with “nothing to offer.”

In one of the best bonus features viewed after a film to date, a behind-the-scenes look at the making of the film was insightful from start to finish. As viewers watch the multitude of film trucks, cameras and extras roll onto the set and start to unpack, the mammoth undertaking of film making is elucidated.

The opportunity to watch the actors and directors perform this miracle is astounding. Providing a real appreciation for the extraordinary time and effort behind each detail, this special feature adds a richness of even greater depth to an already phenomenal film experience.

The beautifully written lines in this movie will leave writers and film lovers wishing for recorders or notebooks. Even without a permanent record, the poetic observations about these loving friends will continue to linger.

What were some of your favorite scenes and lines in My Afternoons with Margueritte? Would you recommend this movie to others, and why or why not? 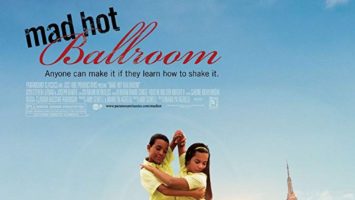 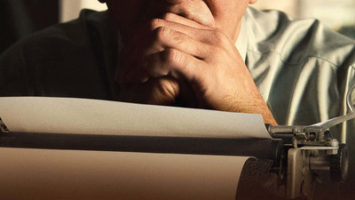 Starting Out in the Evening: Riveting Movie About the Pursuit and Loss of Dreams