Monsieur Ibrahim, an award-winning foreign film by Francois Dupeyron, is an ultimately uplifting story about a lonely teenager and elderly widower bridging different generations and religions to become each other’s chosen family.

As the wise and kind shopkeeper who looks out for the abandoned boy Momo (Pierre Boulanger), Omar Sharif still has a twinkle in his eye playing Ibrahim. Instead of the ultra-suave and rugged yet alluring qualities characterizing his roles in Funny Girl and Doctor Zhivago, respectively, Omar Sharif adds depth to his reputation as a “screen legend” playing this sorely needed father figure. Through patience and tolerance, the actor infuses Ibrahim with gentleness as he enlightens the coming-of-age boy with his understanding of the physical and spiritual worlds.

Despite the extraordinary trials already encountered in his youth, Momo (Pierre Boulanger) manages to retain a hopeful and open spirit. As the young boy navigates trying to become a man, his older friend provides steadiness with an always available but not overbearing presence. Some of the most remarkable scenes between the two actors revolve around shocking news about Momo’s father, the friends’ quest to become an official family and their literal and figurative journey together.

Some of the scene jumps in Monsieur Ibrahim leave viewers confused about time sequences and dropped story threads. In particular, the sudden reappearance of Momo’s mother is left unresolved. In addition, a significant leap forward at the end of the film raises questions about details during this skipped interval while suddenly bringing the film to a full-circle conclusion.

Despite some of the gaps described, Monsieur Ibrahim by Francois Dupeyron is a heartening movie revealing our capacity to bridge fundamental differences and survive hardship with the help of genuinely caring and loyal friends. In what ways did you identify with the themes in this film? Can you share a story about the similarly lifesaving presence of faithful friends? 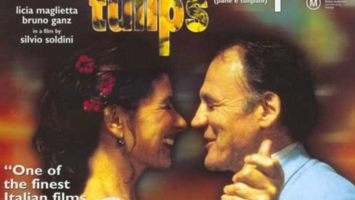 Bread and Tulips: Wife and Mother Redirects Her Life After Traveling Mishap 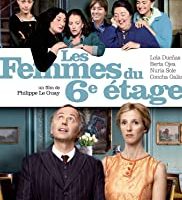 Women on the 6th Floor: Gem of a Movie With Joie de Vivre