Exploring the break and repair of a father-son relationship, Made in Italy focuses on trying to cope with the death of a beloved wife and mother. The drama gains power from from the actual experience of actors Liam Neeson (Robert) and Micheal Richardson (Jack) losing Natasha Richardson in 2009.

In Made in Italy, Robert tries to spare his son pain but inadvertently intensifies the loss by locking up related items–and memories–in a room. Liam Neeson effectively portrays a withdrawn widow refusing to have truthful conversations with his son. Micheal Richardson conveys Jack’s torment in more visible and sometimes stilted outbursts.

Symbolic Repair of House Leads to Slow Healing in Relationship

Forced together during the renovation of their house in Italy for future sale, the uneasy father and son continue to clash. In a symbolic scene, Jack wants to paint over his father’s disturbing full-wall mural, which he completed as an expression of pain during the grieving process. During the slow repair of the house–and their relationship–difficult but necessary conversations finally occur, with a memorable one as they sit together on the floor of the once-locked room.

Shared Qualities and Free Spirit From Under the Tuscan Sun

With similar elements as Under the Tuscan Sun, the drama taps into those shared qualities through the presence of Lindsay Duncan, who plays the sharp-tongued realtor Kate. Drawing on the free spirit of her character in Under the Tuscan Sun while splashing around in an Italian fountain, Lindsay Duncan still shapes this more mature role with a degree of playfulness. Although a hinted connection with Robert is never fully developed, the suggestion contributes to a sense of healing and resolution in the story.

In the bonus material, Liam Neeson and Micheal Richardson talk frankly about their personal loss and the ways it informed their work together on this drama. Despite the passing of 10 years at the time of the project, they openly describe the ongoing impact of grief, which visibly registers on their faces.

For those in similar circumstances, did you find any comfort watching Made in Italy? Which scenes resonated with you the most, and why or why not? 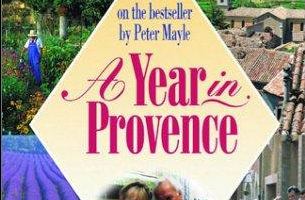 A Year in Provence: London Couple Deals With a Cast of Colorful Characters