The Visitor (2007), a movie about complex immigration issues, also focuses on rediscovering an energizing beat in a listless life. With the film driven from the perspective of Walter (the astounding Richard Jenkins from Six Feet Under), the story opens with the widowed professor sleepwalking through his life.

The actor’s understated but telltale mannerisms send shockwaves and wake-up calls throughout the movie. For example, he palpably hyperventilates while discovering a strange couple in his New York apartment and later looks away with anguish on his face while holding up letters for his imprisoned friend to read. Richard Jenkins‘ small, almost imperceptible gestures–such as momentary winces or quivering lips–speak volumes.

Characters in Counterpoint While Tapping Into Joy Playing Djembe Drums

One of Walter’s new “tenants,” Tarek (the completely natural and ultra-talented Haaz Sleiman), is a perfect counterpoint to his initially buttoned-up and ill-at-ease style. With a smile and easy spirit that light up even the film’s darkest moments, the actor freely shares his love of playing the djembe drum. Scenes with Haaz Sleiman shimmying his shoulders while playing the drums in his underwear, encouraging Walter to find his own rhythm through similar abandon and joining a group of musicians in the park convey unrestrained joie de vivre despite an impending loss of freedom.

Tarek’s girlfriend Zainab (Danai Gurira) contrasts his unfettered approach to life with a weighty and ever-present sense of wariness. After Walter unexpectedly discovers her in his bathtub, she is slow to let her guard down with him–or anyone. As the bonus feature explains, this newcomer out of NYU fully expresses the range of emotions in her role as an illegal immigrant.

Zainab visibly brightens and relaxes, to a degree, when she meets and connects with Tarek’s mother, Mouna (the quietly powerful Hiam Abbass). One particularly stirring conversation, while they have a cup of tea in a cafe, focuses on qualities they both miss in their homelands.

Mouna’s slowly evolving relationship with Walter is one of the most moving aspects of The Visitor. Without flash, excess or a single false note, the equally reserved pair gradually start to trust and open up to each other. Simple exchanges of growing smiles and light in their eyes, when reunited, transform previously masked demeanors.

Scenes showing them simply walking together, enjoying a night at The Phantom of the Opera and tenderly offering support during the revelation of secrets show the true power of authentic cinematic moments.

The Visitor, a featured selection at several international film festivals, is a must-see movie at the top of every watch list. The incredible performances by Richard Jenkins, Haaz Sleiman, Danai Gurira and Hiam Abbass will continue to linger and prompt further thought.

What did you think about the circumstances surrounding Tarek’s arrest and treatment? How did you feel about the ending of The Visitor? Why was it a satisfying or frustrating conclusion?

Post your comments, and spread the word about Artsphoria’s Online Film Forum! 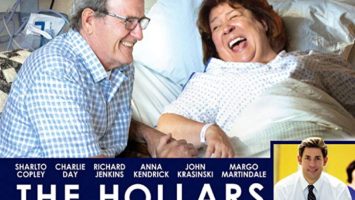 The Hollars: Five-Star Film About Dysfunctional Family Coping With Tragedy Through Humor and Love 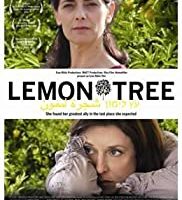