Tea With the Dames (2018) is an extraordinary conversation with some of the most outstanding actresses of our time: Dames Maggie Smith, Judi Dench, Joan Plowright and Eileen Atkins.

The documentary, filmed at Joan Plowright’s enchanting cottage, is a frank discussion about their acting experiences, encounters in the film industry, personal lives and thoughts about aging. With film clips featuring work from throughout their careers, Tea With the Dames offers a remarkable archive of their collective talent.

At the center of the entertaining exchanges, Maggie Smith and Judi Dench often drift off into private repartee. As they joke about trying to look comfortable on a sofa with cameras right on top of them, the pair’s direct dialogue and hearty laughter is clearly the code language of longtime friends.

In her inimitable style, Maggie Smith always shoots straight from the hip. When a photographer incessantly clicks his camera without giving her any breathing space, she swiftly puts an end to the irritation. As a realistic moment included in the final cut, the documentary delivers an unvarnished portrait of these celebrated actresses.

Attitudes Toward and Treatment of Aging Actresses

Equally welcome and refreshing is Judi Dench‘s open discussion of others’ attitudes and treatment as she ages. In particular, the actress bristles at well-intentioned but demeaning efforts to provide assistance with tasks that she can still handle independently. Reinforcing Maggie Smith‘s direct style, she asserts that others should simply let her ask for help if needed.

Without hesitation, Joan Plowright holds the arm of an assistant because of failing eyesight and asks her friends to repeat comments because of trouble hearing. Some of the compelling aspects of her comments involve descriptions of life with her now-deceased husband Sir Lawrence Olivier juxtaposed with Maggie Smith’s memory of struggling to work with the exacting actor. With family photos in the background, the actress acknowledges the complexities she experienced during private time with “Larry” versus their public interactions.

In further discussions, the actresses address direct comments about their appearance versus talent. Eileen Atkins vividly recalls derogatory remarks early in her career, which still prompt a wince but continue to motivate her unique style and work. Surprisingly, they all express a lack of confidence in pursuing demanding roles like Cleopatra–particularly those requiring “traditional” beauty.

In an industry and world that place a strong emphasis on stereotypical attractiveness and youth, these actresses have reshaped those definitions with their distinctive flair. Tea With the Dames clearly shows that their long-lasting careers in the film industry are a testament to the strength of their stunning individuality and talent. 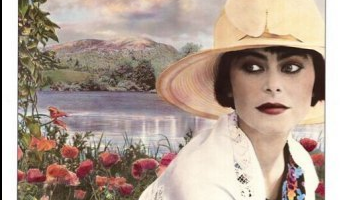 How Does the Downton Abbey Movie Hold Up on the Big Screen?