Anyone who has read Cheryl Strayed‘s knock-out essay “The Love of My Life” in The Sun will feel compelled to read her books including the memoir Wild (2014) and watch the film adaptation. These works are based on her soul-splitting experience of grieving the loss of her mom to the ravages of cancer.

Reese Witherspoon‘s heart-wrenching portrayal of Cheryl Strayed quickly demystifies any romantic notions of her 1,000-mile trek through the Pacific Crest Trail. Opening scenes of her panting up the strenuous and often dangerous paths to losing a toenail and suffering from sores all over her body vividly show the demands of this demon-cleansing challenge. After cheating on her first husband repeatedly and succumbing to heroin in grief-coping mechanisms to dull the intense pain, she declares the goal of walking her way back to solid ground, with her mother’s vision of the woman she could become as a guide.

Laura Dern, as Cheryl’s mother Bobbi, captures the exuberance of this spirited woman. In troubling scenes showing the horrifying results of her husband’s beatings, she grabs her children and runs. Despite the financial and emotional challenge of raising them as a single mom, Dern reveals Bobbi’s joie de vivre singing in her run-down kitchen and dancing and playing lovingly with her daughter and son.

Solace in Nature Leads to Beginning a New Chapter

In flashbacks throughout Wild, viewers watch Reese Witherspoon try to reconcile life as an independent trekker who is haunted by recurring visions and memories of her mom. As she faces daily challenges from losing her hiking boots to running out of food and water, Witherspoon searches for solace in nature, which delivers a fox, snakes and potential attackers. Despite the intense physical demands of this 3-month hike and non-stop images of time with her mom, Witherspoon miraculously arrives in Oregon, she she begins a new chapter of her life.

Surprising Comfort in Fully Realized Portraits of Those Walking Through Grief

Although Wild is often a painful movie to watch, those who have suffered similar grief will find surprising comfort in this film adaptation. In the fully realized portraits, Reese Witherspoon and Laura Dern bring Cheryl Strayed‘s raw but extraordinary story to life with natural authenticity that continues to reverberate. 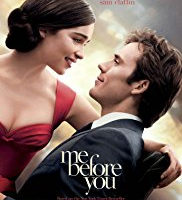