Miss Potter, an immensely enjoyable film for the entire family, will also appeal to writers, illustrators, animators and anyone who values a sense of childlike wonder.

Based on the life of Beatrix Potter, the film explores the fanciful imagination of the author/illustrator of 23 children’s stories including The Tale of Peter Rabbit. As a woman ahead of her time, she was determined to “make her own way” and live independently–until falling in love with her publisher.

As the spirited Beatrix Potter, Renee Zellweger is a wonder. Anyone who initially questions this casting choice (based on her polar opposite roles in films such as Bridget Jones Diary) will be pleasantly surprised by Zellweger’s ability to play a period character seamlessly. From adopting an authentic British accent to speaking convincingly to the animals she conceives, sketches and enlivens, Renee Zellweger is a true marvel.

Ewan McGregor, barely recognizable under his mustache from his disparate role in Salmon Fishing in the Yemen, is equally impressive in Miss Potter. As Beatrix’s shy but determined love interest and first-time publisher sharing the author’s vision with enthusiasm, Ewan McGregor‘s personal self-restraint in approaching Beatrix feeds this love story with classic movie charm. From gently extended hands offered during a wondrous dance to a passionate kiss largely hidden in symbolic steam on a railroad platform, Ewan McGregor helps this train scene to rank with some of the classic masterpieces.

The use of imaginative and naturally integrated animation significantly contributes to the enchanting quality of Miss Potter. The special effects enable sketches to come to life with rabbits wiggling their ears and ducks waddling off the page. As Zellweger talks to her characters and tells all of them to “come out,” other writers, illustrators and animators will relate to the way she perceives them as completely real.

Uplifting Tale About an Independent Female Writer, Illustrator and Conservationist

Despite an unexpected and extremely sad twist in the story, Miss Potter concludes on an upbeat and interesting note. Focusing on the writer’s ability to purchase and preserve farmland–that she left to the National Trust after her death in 1943–the film is an uplifting tale about an independent female author/illustrator who used her skills to spread joy–and serve the greater good. 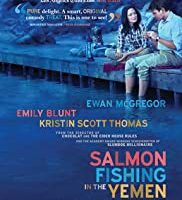 Salmon Fishing in the Yemen: Exquisitely Filmed Story About Faith in Possibilities 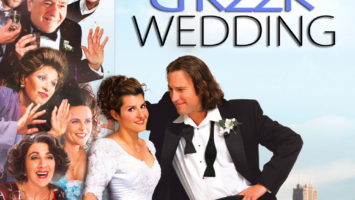