Written and directed by Ruba Nadda, the story captures the encounter–and powerful connection–of the New York fashion editor Juliette Grant (Patricia Clarkson) and her husband Mark’s trusted friend Tareq Khalifa (Alexander Siddig). When UN official Mark is delayed and cannot join his wife, who is visiting him in Cairo, he sends Tareq to keep her company and show her the sites.

Talented Actress, With Phenomenal Range, Emerges as a Romantic Lead

As the mesmerizing forces behind the film’s often mystical quality, Patricia Clarkson and Alexander Siddig shape their roles masterfully. Expressing disappointment about her husband’s repeated calls canceling promised appearances during her vacation, Patricia Clarkson also conveys her deep fascination with this historic city. Dealing with the constant onslaught of interest from men as she walks through the streets on her own and her growing relationship with Tareq, Patricia Clarkson‘s role in Cairo Time allows her to stretch her phenomenal range as an actress even further (see review of Bookshop) and emerge as a romantic lead.

Generously shining a light on his co-star’s talents, Alexander Siddig subtle performance infuses Tareq with a strong yet quiet presence. While showing Juliette some of the remarkable places in Cairo like the Pyramids, he reads her reactions with his eyes, absorbing her complete essence. The actors’ unique chemistry–and restraint–drive the story to a surprising conclusion, with an alternate ending in the special features.

Excellent bonus material also includes a segment on the “Making of Cairo Time” and the Toronto Film Festival Q&A. The first is an interesting look at Ruba Nadda’s experiences writing and directing the film. In the second, she describes the process of collaborating with the actors in this memorable film, which continues to linger in viewers’ minds. 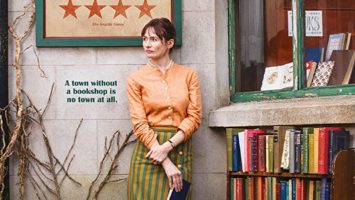 The Bookshop: A Memorable Film Revealing Kindness, Nastiness and Revenge