The Bookshop (2017) is a movie about one woman’s desire to fulfill her dream and another’s determination to destroy it.

Based on the book by Penelope Fitzgerald, the story is set in a quaint English village in 1959. With scene setters showing new bookshop owner Florence Green (Emily Mortimer) literally hugging the walls of the damp store site called the Old House, viewers watch deliberately out-of-focus memories of her deceased husband unfold simultaneously. Slowly, they piece togther–through sometimes garbled and difficult to understand comments–that Emily met her husband in another bookshop, which was the foundation of her happy marriage.

As a polar opposite with sharp edges, an every-hair-in-place appearance and hyper-articulation, the town’s “over-seer” Violet Gamart (the extraordinary Patricia Clarkson of Learning to Drive and Cairo Time) plays the despicable manipulator with force. Under the guise of icy smiles and surface manners, she is on a mission to take the wind out of Emily’s sails from the minute she arrives by boat. Beyond envisioning an art center at the Old House, Violet is largely driven to maintain her power and control over every decision in the small town.

Billy Nighy as a Recluse With Quirky Mannerisms but Profound Humanity

In a memorable role showing the range of his talents, Bill Nighy plays the reclusive Edmund Brundish with signature quirkiness but a remarkable depth of humanity. Feeding the town’s gossip about his ex-wife’s alleged death, Violet has driven him to the outskirts, where he requests book deliveries from the new bookshop owner. The unlikely pair form an immediate connection, based on their love of books and an open exchange of ideas in hand-written notes.

When the two finally meet for tea, their uneasy devotion to each other is visible through mannerisms rather the words. From Bill Nighy‘s clenched fists to Emily Mortimer‘s gentle sideways glances, the two actors portray these characters with complete understanding.

Two of the most heart-wrenching scenes involve Edmund leaving his home with bold strides and determination to come to Florence’s defense. Another is a moving encounter on the beach when they indirectly express their affection for each other through the most understated gestures.

In an ultimately chilling role for a young girl, Honor Kneafsey renders Christine with complexity belying her angelic appearance. Like her older counterpart Violet (Patricia Clarkson), Christine (Honor Kneafsey) is capable of heartless and destructive revenge–at any cost.

Even though her final act is one on behalf of her “kind” former employer and friend Florence, the conclusion of The Bookshop movie is an astonishing one, which leaves viewers gaping in disbelief. 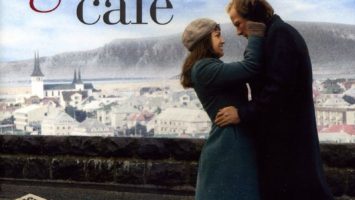 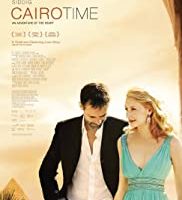