Despite the tough themes involving a dysfunctional family dealing with a mother’s serious illness, The Hollars (2016) completely lives up to its cover billing as “fiercely funny” (Peter Travers, Rolling Stone). In fact, the cast’s ability to integrate humor into the darkest moments is the core strength of this extraordinary film.

As official selections at the Sundance Film Festival and Los Angles Film Festival, this movie pick was irresistible because Richard Jenkins heads up a talented cast. This gifted actor  plays characters with full humanity and subtlety, as he did in The Visitor. Once again, in keeping with other performances like Olive Kitteridge, Jenkins tugged at viewers’ emotions in scenes with unfiltered expressions of love for his wife.

As the gravely ill Sally, Margo Martindale authentically explores a full range of feelings in this alarming situation. Despite her predicament, she remains the calm center of her sometimes volatile family during most of the film. Then, capturing the fear of a woman facing life-threatening surgery, Martindale allows Sally to unravel in a prize-worthy scene.

Another moment to preserve in cinematic history is Sally’s loving surgery send-off from her husband and two sons. As the sometimes confused younger son but completely in control film director and producer, John Krasinski (from the popular TV series, The Office) claims credit for several other not-to-be-forgotten scenes. One for the books is when he tenderly shaves his mother hair before her operation, and another is their hysterical “getaway” before the “big event.”

Anna Kendrick also deserves recognition as John’s patient, understanding and encouraging girlfriend, Rebecca, who is on the verge of delivering his twins amid the family’s turmoil. During a Q&A recorded at the Los Angeles Film Festival, Krasinski astutely describes this character as his “guardian angel.” The actress skillfully imbues Rebecca with wisdom as  she handles the family’s chaos and deals with her own health issues.

Other special features, including behind-the-scenes footage, add to the richness of this five-star film experience. The Hollars is a standout movie, which you definitely don’t want to miss. 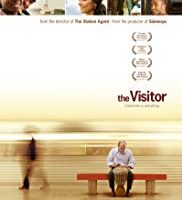