The Girl in the Cafe, a drama with the unlikely pairing of Bill Nighy and Kelly Macdonald, is a fascinating film study raising a lingering question.

From the award-winning screenwriter Richard Curtis (Love Actually and Four Weddings and a Funeral), the movie skillfully integrates an important humanitarian message into a surprising love story. With understated humor that the actors register with subtlety, The Girl in the Cafe makes a simple exchange over coffee entertaining before broaching issues of worldwide concern at a G8 summit.

The movie is a tour de force in large part because of Bill Nighy‘s delivery of another unique character. Accentuating the physical mannerisms displayed in other roles (Bookshop and The Best Exotic Marigold Hotel), this actor communicates volumes through clenched hand gestures, hunched shoulders and a labored gait. His staccato attempts at conversation and stolen glances at Gina (Kelly Macdonald) evoke empathy and hope that he can break through his stifled life to form a connection.

As Gina, Kelly Macdonald is an equal marvel in The Girl in the Cafe. Revealing the powerful range displayed in Puzzle, the actress is capable of holding quaking emotions just under the surface. Initially subdued and restrained, Kelly Macdonald lets her opinions about impoverished children rip during inappropriate moments at the G8 summit.

As Lawrence (Bill Nighy) squirms with discomfort, he is forced to deal with clashing personal and professional decisions–turmoil that the talented actor conveys physically. Equally tormented as she describes Lawrence as “tender and true,” Gina finally reveals part of her secret past, leaving some viewers wondering if she was planted in the cafe as part of a planned setup.

Your thoughts about this question and reactions to this drama by the award-winning screenwriter Richard Curtis? 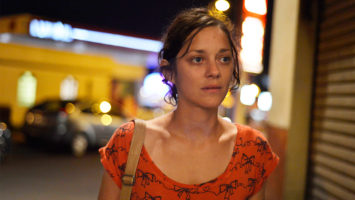 Two Days, One Night Presents a Difficult Dilemma for Co-Workers 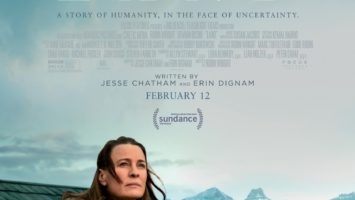