Arts lovers and book-to-screen enthusiasts will find Girl With a Pearl Earring an intriguing experience even years later. For those without a clear memory of earlier viewings of this drama or the book by Tracy Chevalier, surprising performances by outstanding actors add texture to the story about the painter Johannes Vermeer.

In a polar opposite role to the one played in Bridget Jones Diary, Colin Firth delves into the drama of Johannes Vermeer‘s artistic and personal struggles. Beholden to patron Pieter van Ruijven (Tom Wilkinson) for money to feed his ever-growing family, Colin Firth reveals Vermeer’s intense feelings during encounters with a new house maid Griet (Scarlett Johansson). As they mix vibrant paints together, the pair powerfully express a furtive but boiling passion, which eventually elicits an explosive reaction from his wife Catharina.

As Griet, Scarlett Johansson shows her extraordinary range in this 1655 period piece. From her early role in the The Horse Whisperer to later ones such as Chef, this performance is notable for her ability to slip seamlessly into another era. With furrowed brow and quietly observant facial expressions, Scarlett Johansson captures the reactions of a young woman slowly coming to understand others’ sometimes shocking behavior.

As the rough and insistent Pieter van Ruijven who corners Griet, Tom Wilkinson assumes another widely divergent role. Unlike the gentle soul he played in The Best Exotic Marigold Hotel, Tom Wilkinson magnifies some of the edginess revealed in This Beautiful Fantastic to a larger degree. Although his capacity to tap into hurtful qualities is convincing in this role, the gifted actor remains one of our all-time favorites.

Call the Midwife fans will find Judy Parfitt‘s appearance in Girl With a Pearl Earring a complete shock. As the severe-looking and household-controlling mother-in-law, Judy Parfitt takes a left turn from the soft-hearted Sister Monica Joan in Call the Midwife. The indelible image of her pasty-white make-up contrasted with intensely black costumes in this drama will impact previous perceptions of her appearance as Sister Monica Joan.

Special features include a fascinating look at various film-making elements in “Anatomy of a Scene.” Highlighting the phenomenal attention to detail down to the glass selected for windows at the time, the film-making process of recreating life in 1665 is awe inspiring. Despite the blinding white light and jarring audio selected to transition from discussion of production sets to scene editing, this bonus material contains some of the most illuminating behind-the-scenes information available. 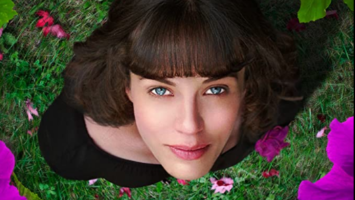 This Beautiful Fantastic: Testament to the Transformative Powers of Gardening