The Rewrite (2014), a funny and entertaining film, holds special appeal for screenwriters and others in the film industry, along with anyone who enjoys or needs a good laugh.

As the one-time hit Hollywood screenwriter Keith Michaels, Hugh Grant is in good form. Playing a writer who needs to take a teaching job in upstate New York, he conveys the complications of both professions with complete accuracy. Teetering between disinterest in teaching and a growing desire to help his students–and himself–complete third acts, Hugh Grant walks the line like an acrobat maintaining perfect balance.

From his offensive “beauty pageant” versus writing talent selection of students to his subsequent admission of inappropriate involvement with a flirtatious young woman in his class, the actor reveals depth of character in his final choice of polar opposite women. Nearly destroying the screenwriting professor’s career, Bella Heathcote captures the manipulative and destructive spirit of the suggestive student Karen. As the single working mother who recognizes Keith’s need to reconnect with his own son, Marisa Tomei plays Holly with warmth, energy and wisdom.

In another strong role evocative of her don’t-mess-with-me press-secretary character on The West Wing, Allison Janney fits Professor Weldon like a glove. As a Jane Austen fanatic and ramrod-straight ethics chair who holds Keith’s feet to the fire, the professor’s unflinching manner finally gives way to a small display of compassion. With underlying wit, Allison Janney‘s performance is one of her best as well as a standout in The Rewrite.

Adding further strength to the ensemble, J. K. Simmons volleys fast dialogue, which is laced with humor. In one of his most memorable performances, the solid character actor hits his stride while escaping chick-lit movie night–watching Eat Pray Love–with his female-dominant family. 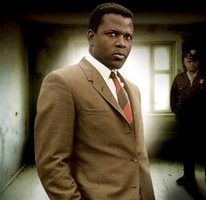 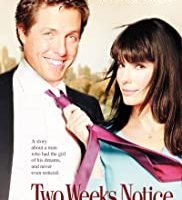