In an extraordinary film-making feat, Lars and the Real Girl (2007) makes a far-fetched premise utterly believable.

The talented Ryan Gosling deserves the lion’s share of credit for this surprising accomplishment. In a 360-degree performance from his La La Land role, the chameleon-like actor immerses himself–and his viewers–in the troubled world of a reclusive, delusional, ill-at-ease but good-hearted young man. As Lars, Ryan Gosling‘s twitching eyes and awkward gestures finally relax slightly after he purchases a life-sized, anatomically correct “doll” named Bianca.

Discomfort With Delusion Leads to Support and Acceptance

Patricia Clarkson, as Lars’s patient and understanding psychologist Dagmar, helps ease others’ discomfort with the delusion. In keeping with her intuitive and accessible style, the actress completely accepts and supports her patient’s belief, as a way of working through his issues until they are resolved. Instead of doubting Lars’s “relationship” with Bianca, she raises pointed questions about why his brother, Gus (Paul Schneider), is resistant.

Building on this uneasiness, one of the most cringe- and groan-worthy moments in the movie involves a group of  townies belittling Lars’s new “friend.” The interest in getting a similar “doll” that doesn’t talk gives voice to negative comments about women, which have continued to persist.

On the flip side, the town’s over-riding ability and desire to accept Lars’s delusion is equally astonishing. After many raised eyebrows, most members of the community eventually embrace and even value Bianca’s participation at meetings and other gatherings.

Lars’s brother, after clinging to his skepticism for most of the film, ultimately buys into the charade. Along with his concerned and compassionate wife Karin (Emily Mortimer), the guilt-ridden Gus (under his ridiculing exterior shell) does his best to look out for Lars’s welfare. To show their support, they agree to bathe and even tuck Bianca in bed at night during some surprising and funny scenes with a twist.

Special Features With Screenwriter and Discussion of Film’s Symbolism

In special features after the movie, the screenwriter Nancy Oliver discusses learning about a similar doll site on the Internet, which prompted her idea for the film. During the bonus material, the tongue-in-cheek Gosling slips back into his role as Lars while faking a fight with Bianca who apparently wants her own interview.

Other extras involve discussion of the film’s symbolism as a sign of hope. All the while, viewers longed to know how this group of actors and filmmakers managed to pull off this extreme suspension of disbelief with great success.

How did you react to Lars’s attachment to the doll? What were your thoughts about the premise of this film? Was this approach convincing, and why or why not?

Add your comments to this movie review of Lars and the Real Girl. Then, invite others to join Artsphoria’s Online Film Forum. 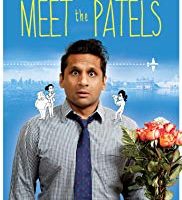 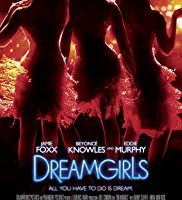 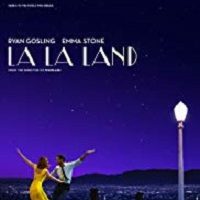